In April 2019, we placed an order for 60 all-electric planes from Colorado-based aircraft manufacturer Bye Aerospace – the largest order for commercial electric planes to date. The electric planes, E-Flyer 2, will be used for training at the OSM Aviation Academy flight training centers to qualify pilots for the future on sustainable wings.  The first planes will be delivered by the end of 2021, making it a smooth transition into going all-electric.

Bye Aerospace is developing the eFlyer family of aircraft, which brings the full promise of electric propulsion to the market with safety, practicality, and reliability. The all-electric system requires no aviation fuel and results in zero emissions and significantly lower noise pollution compared to conventional aircraft. The sleek design also features enhanced speed and altitude performance with extremely low operating costs.

The eFlyer2 from Bye Aerospace in Denver offers zero-emission and significantly lower noise pollution compared with conventional aircraft, along with enhanced speed and altitude performance.  Høiby predicts that it is only a matter of time before electrical planes enter into commercial use in international air travel. He says the industry needs to be both proactive and innovative in order to keep up.

The eFlyer family of aircraft, including the 2-seat eFlyer 2 and the 4-seat eFlyer 4, aims to be the first FAA-certified, practical, all-electric airplanes to serve the flight training and general aviation markets. Siemens will provide electric propulsion systems for the eFlyer 2 airplane. It is powered by a 90-kilowatt electric motor and features lithium-ion batteries, much like electric cars. The motor weighs a mere 20 kilos, about 90 kilos less than the combustion engine powering the Cessna 172 currently used by OSM Aviation Academy.

OSM currently has just over 20 planes for pilot training, mostly Cessna 172s, which it plans to phase out. Pilots will receive the same training and the same license that they currently get from flying conventional planes. This two-seat aircraft will change the way pilots train. The cost-efficient aircraft will enable new pilots to train without prohibitive fuel costs.

This order will not only be a transition for OSM Aviation but also an expansion, as the fleet will be multiplied by three. The twenty planes currently used will be progressively phased out. The training company plans on conquering other markets, including the United States. 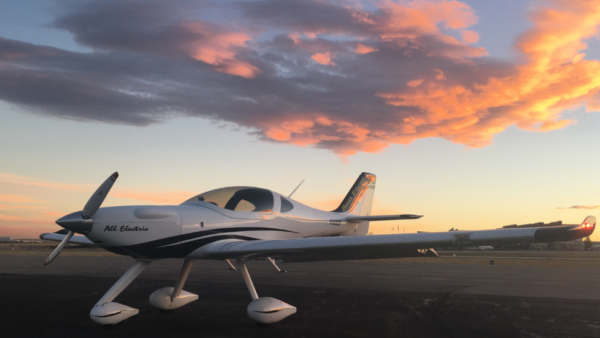 Motivated by its success with green cars, encouraged by big tax breaks that made it the world leader in electric cars, Norway announced that it planned to buy electric passenger planes to reduce aviation’s impact on the environment.

It’s important that the airline industry steps up to the challenge of developing more environment-friendly transport. At OSM Aviation, we’re committed to pursuing a socially responsible and sustainable business.

While Norway is ambitious to use only electric planes for short-haul flights by 2040, OSM Aviation CEO, Espen Høiby, predicts that it is only a matter of time before electrical planes enter international commercial travel. And much like Scandinavian governments, he thinks that the industry should be proactive in that transition.

With electric flight offering not only reduced carbon emissions but also noise pollution, as well as superior speed and altitude performance, the electrification of the aviation industry is inevitable.

Do you want to explore our training services? Read more about OSM Aviation’s Training Services.

The benefits of recruiting through AAP Aviation

May 20, 2021 10:32:14 AM 1. It gives your airline a competitive advantage The aviation talent market is set to be highly competitive for employers as the aviation and airline industry gradually returns to normalcy. Many low-cost carrie...
Read article

How to Structure your Cabin Crew CV

Mar 24, 2021 10:16:04 AM Having your CV stand out from thousands of applications can be hard! Luckily our own recruitment experts have the best tips to having your CV become a great one!
Read article

Mar 24, 2021 10:07:59 AM Writing a good application letter is key in order to land your dream job as Cabin Crew! With these 4 quick tips you will be able to impress your way in to an interview!